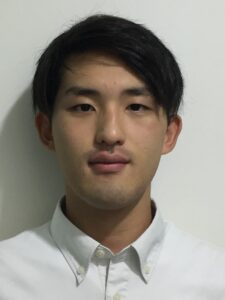 August 2018 : Started to specialize in the Department of English of Division of Foreign Languages as a double major

August 2019 : Studied abroad at Central Philippine University as an exchange student from August 2019 to December

March 2021: Leave of absence for individual reasons until March 2021 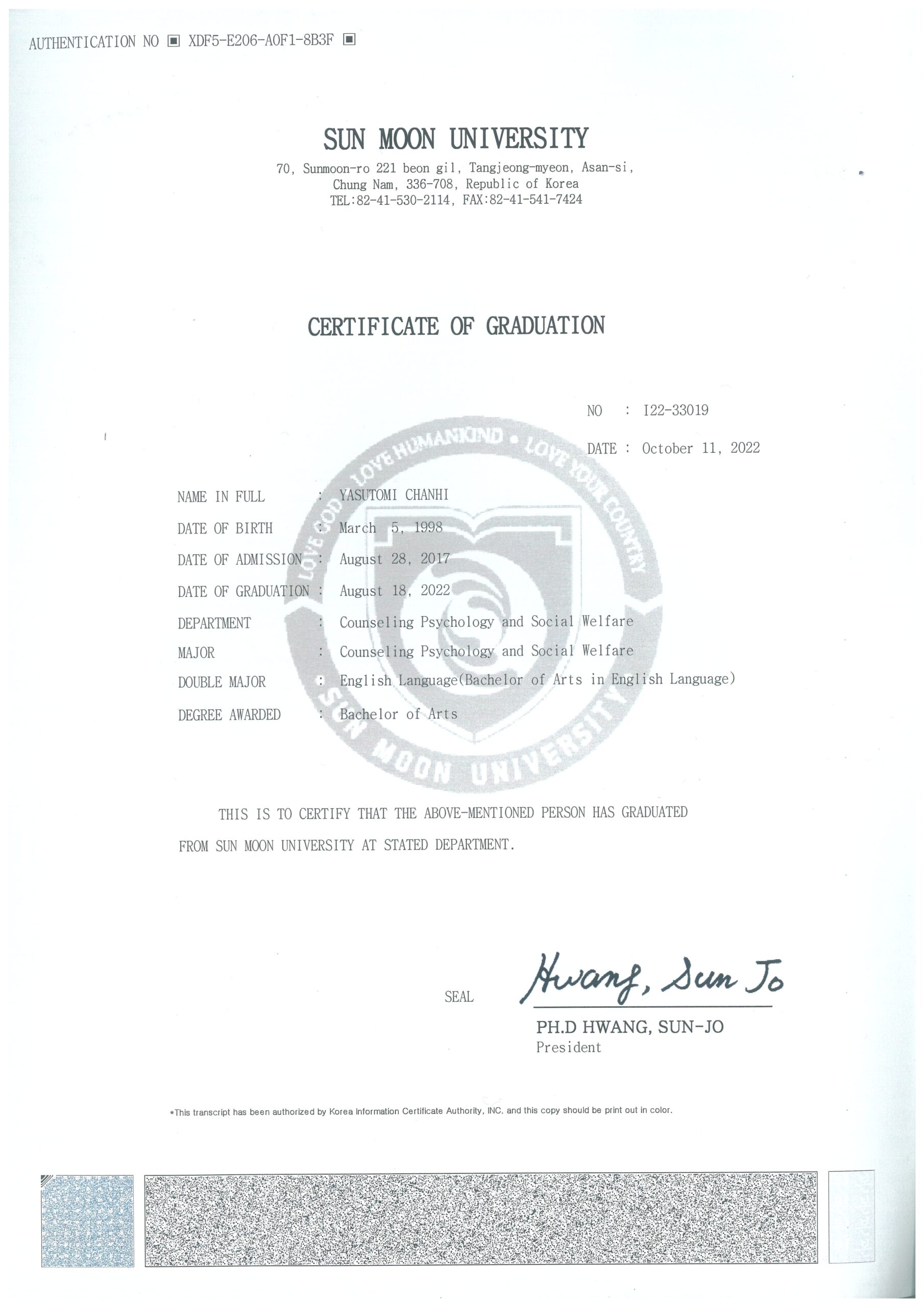 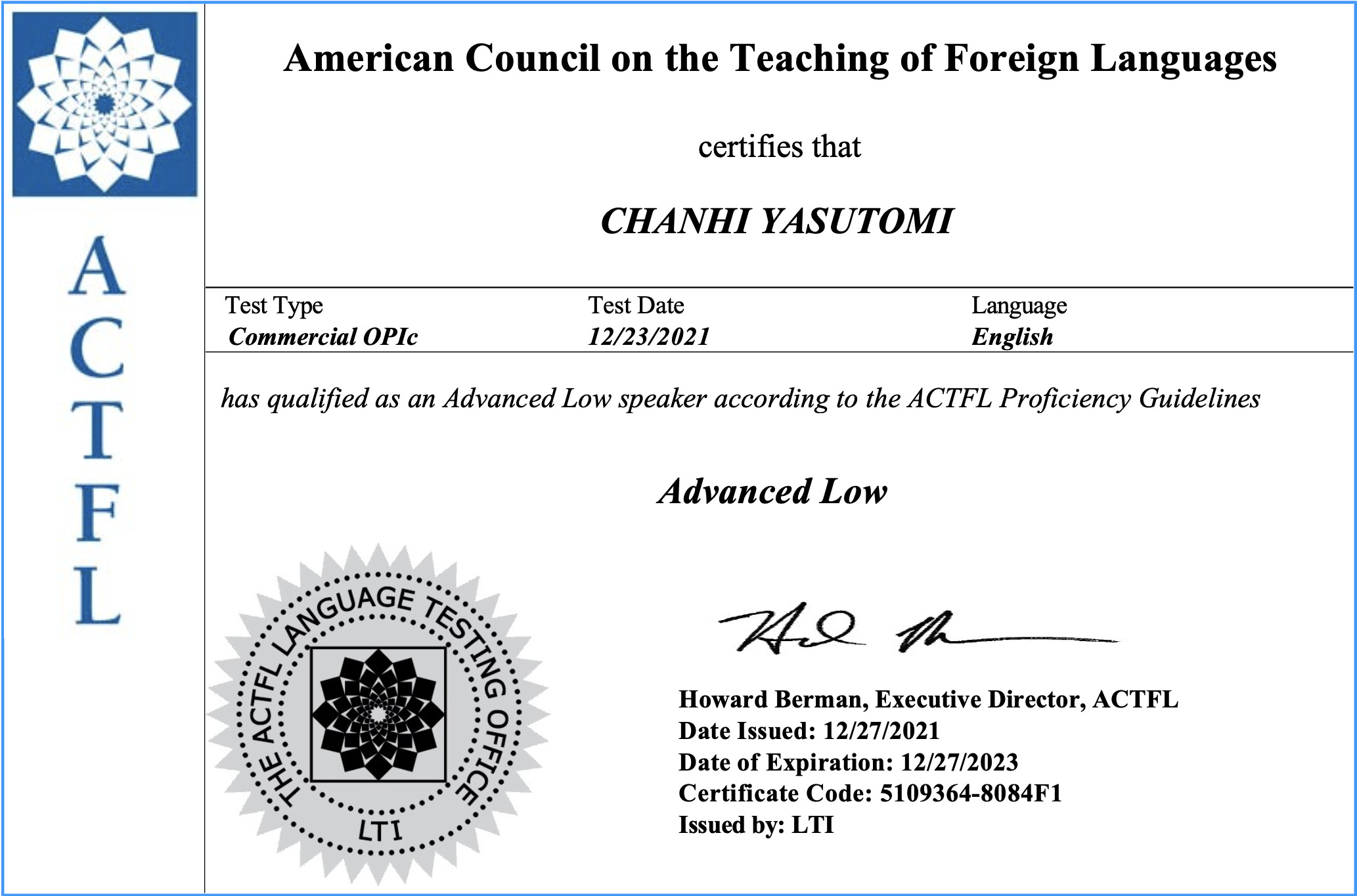 August 2017 : Worked at SunMoon University as a Japanese and Korean language teacher from 2017 to Current

December 2017 : Worked at Suimei Co., Ltd as a night Front and supporter for cooking from December 2017 to February 2018

January 2021 : Worked at SunMoon University as an English teacher from 2021 to Current

August 2021 : Worked as a Japanese, Korean, and English translation and assistance for interpretation from the request of a friend, 2021 to Currently

[ I want to become a person who can solve poverty with IT technology in the future ]
While studying in Korea, I went to Philippine University as an exchange student for six months, and I deeply understood how blessed I was. I had never been to a slum, so I went to the place and found that poverty and drug addiction were prevalent. I realized that the scenery that I take for granted is not a matter of course in the world.

India is one of the countries suffering from poverty. I learned that the poverty rate is decreasing due to rapid economic growth resulting from IT development, and I realized from the example in the country that IT can be a great force to promote economic development in the future. My dream now is to become an IT human resource that removes poverty problems from the world by contributing to the economic development of IT in developing countries through mutual IT projects to help developing countries grow and live well.

I specialized in psychology and started to have interests in neuroscience, artificial intelligence, and data science. First, I was trying to utilize the technology of AI to research cognitive psychology and brain science. However, while acquiring knowledge of AI, I started to realize that AI has superior functions partially compared to human cognitive ability, such as visual function, learning speed, etc.

From this information and potentiality that might be helpful for comprehending humans by simulating the brain with AI technology, I started to immerse myself in learning Python and data science. I began to be interested in data scientist amongst jobs relating to utilizing AI because I prefer statistics and analysis.

What kind of data scientist do I want to be?

Many companies are producing a significant profit by utilizing the technology of artificial intelligence and the big data acquired from IoT, but some companies where cannot introduce the technology due to the lack of competent engineers, and difficulties of the operation of the new technology are dotted.

From the situation, I think human resources who can understand artificial intelligence and utilize the technology are necessary for society to yield benefits and started to have a desire to be a data scientist who can understand the technology and set up plans to solve problems with data analysis and close the gap of workers who have a background of humanities and data science.

To be such a data scientist, I would like to hone my ability with my high intellectual curiosity and character that enjoys the learning process in my first career by learning data science from Coursera or Udemy, and developing data engineering and analysis skills in data analysis sites such as Kaggle, and utilizing acquired knowledge and skills for projects.

What did I learn when I was a university student

After getting a scholarship, an exemption of tuition fees from Korean University, I saw international students were talking with students and started to have a desire to have a cultural exchange with them. So, I established an international volleyball team named Bi-bin-power.

I could have a significant time through the international community by participating in volleyball competitions and learning about various cultures. Besides, not only could I get the global knowledge and viewpoints from interacting with students on national circumstances, differences of countries, and global issues, but also could I realize deeply that international problems will never be resolved unless we consider and comprehend the history and premise knowledge with multi-angle analysis.

Describe myself in a sentence

Philanthropy means loving everything equally. Mother Teresa said love is an interest. So, I can rephrase it. I am a person who gives interest (loving) to every phenomenon and treats people with equality.

Objectivity means an object of subjectivity. Logicality means to pile up and make something. I am a person who analyzes and understands phenomena and events comprehensively and feels joy by making outcomes.

Whole profit orientation is my behavioral principle. If there is a possibility that yields positive profits for society, I will put priority on society and take action, using my knowledge.

I have a strong intellectual curiosity, and if there is something I don’t understand, I search through books and the Internet and understand it. In addition, I feel fun the knowledge itself and the process of learning. Thanks to my character, I gained a lot of knowledge, and I
opened study meetings and taught my friends about academic content, received career counseling, and gave language teaching by using that knowledge

In addition, due to this nature, I was able to acquire the right to receive a fully-funded scholarship. When I was in my third year of high school, because of my financial problem and desire to go on to a foreign university, I searched for conditions overseas university with a scholarship system that exempts all tuition fees.

While learning psychology at university, I started to look at people’s actions, thoughts, facial expressions, and gestures in my way, and to make psychological hypotheses and analyze their personalities and habits. As a result of contacting people without any basis whether my hypothesis was correct or not, my hypothesis was often different from the person’s personality, and I hurt people’s hearts.

From these results, I learned that people’s personalities and minds are not universal and do not correspond with knowledge of psychology. I also analyzed people on my own arbitrary decision. I reflected on my lack of consideration and compassion.

In order to fix this, I have come to ask a lot of questions when making hypotheses about people to see if there is a difference between my hypothesis and people’s actual personality. As a result, I started to be able to understand people’s personalities more than before, and I have been able to build positive relationships.

I update questions and answers about OPIc. This is a work of fiction. The characters, incidents and locations portrayed and the names herein are fictitious and any similarity to or identification with the location, name, character or history of any person, product or entity is entirely coincidental and unintentional.

The problem of English Education in Korea

Korea has to replace an old English education system with a new one. I have been teaching languages to students as part-time jobs since I was 19 years old and asked some Korean university students why they want to learn English and how they feel about studying English.

More than 24 points If you just do this. Prepare for TOEFL Writing

Even if you learn and use templates, many English words and expressions, your score will not increase because your sentence structure and consistency will be evaluated.

What will you come up with when listening to the term of nuclear energy? Some people have a negative impression of it and might think that another natural energy from wind, geothermal, or hydroelectric power energy is more trustworthy.

I update a presentation about Norman Conquest​ that I made for the class. Please use this as a reference.

This article is introduction of Chani Blog and Chani hisself.
What Is Logical Thinking
OPIc